8 Whiskies Fit for a World Cup!

The 22nd edition of the FIFA World Cup competition runs from 20 November to 18 December 2022, in the peninsular Arab country. One of the most controversial tournaments in recent years, it will feature a host of superstars.

Argentina will put their hopes and dreams on the shoulders of arguably the greatest footballer of all time, Lionel Messi, as he attempts to win the one trophy that has eluded him. Fresh from his recent scathing attack on Manchester United, Cristiano Ronaldo will hope to build on Portugal’s Euro 2016 and 2019 League of Nations victories and add Portugals first ever FIFA World Cup to their trophy cabinet.

Over 1 million fans are estimated to visit Qatar during the World Cup, and FIFA anticipates that five billion people across the globe will tune in.

If like us, you will be watching from the comfort of your living room or the company of friends, we’ve put together a list of the whiskies from Cask World partners whose nations are competing in the tournament! So pick out a dram and enjoy the beautiful game. 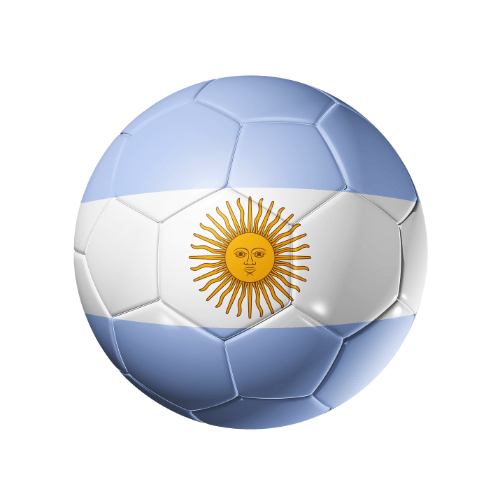 Argentina is one of the most successful nations in World Cup history, winning twice and finishing runners-up three times. Victory in 2022 will surely allow Lionel Messi to end the G.O.A.T debate once and for all. 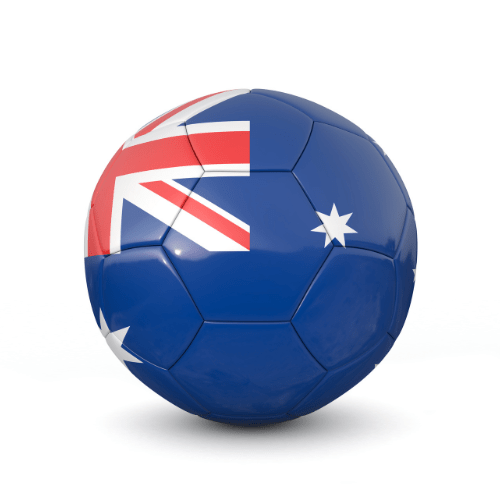 Australia is the only national team to become a champion of two confederations. Champions of the OFC Nations Cup four times and the AFC Asian Cup once in 2015 event on home soil, the ‘Socceroos’ have yet to impress at a World Cup.

We have a hat-trick of Tasmanian whiskies for you to enjoy a tipple of while watching ‘Socceroos’.

Overeem - Man Of Promise Reserve
A World Cup only comes around once every four years. Qatar 2022 marks the first-ever winter world cup, so why not spoil yourself with seasonal whisky? Each year, distillery founder Casey Overeem selects his favourite casks to create a rich and decadent Christmas Whisky. The third instalment of the series is a marriage of Port, Sherry & Bourbon Casks - expect notes of caramel tarts & brandy snaps, toasted marshmallows & Christmas pudding.

7K - Sherry Cherry
Originally a DIY distillery located at the back of his grandmother's house, founder Tyler Clark utilised his engineering background to create 7K distillery. Distilling an excellent small batch single malt, made from a one-of-a-kind tall pot still by the man himself, expect bruised and brandy-soaked Christmas cake, with a background of caramelised peaches from this Sherry Cherry bomb of a single malt. 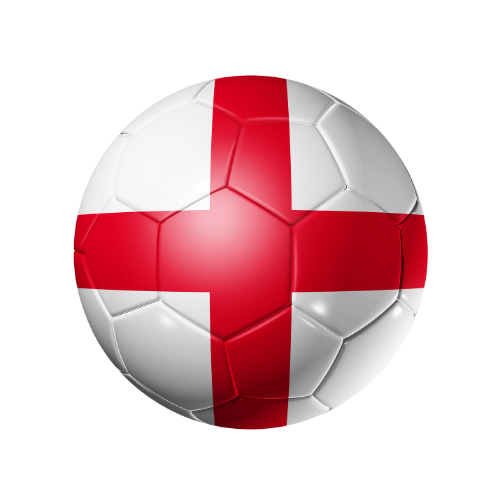 Football’s coming home, it’s coming! Once again the hopes of a nation rest on the shoulders of the three lions. Will Gareth Southgate's squad finally bring glory back to England? Or is it once again a step too far… A nation holds its breath. Why not take the edge off?

The English Whisky Company - The Original Single Malt
Win or lose, enjoy a dram of “The English - The Original”. Aged to perfection in specially selected Bourbon Casks, this unpeated single malt whisky is a great easy-drinking classic single malt and companion for your World Cup. Expect a gentle aroma with hints of vanilla and tropical fruits. Like a softly whipped vanilla ice cream, slightly nutty with a long malty finish. Clean, dry and slightly salty. 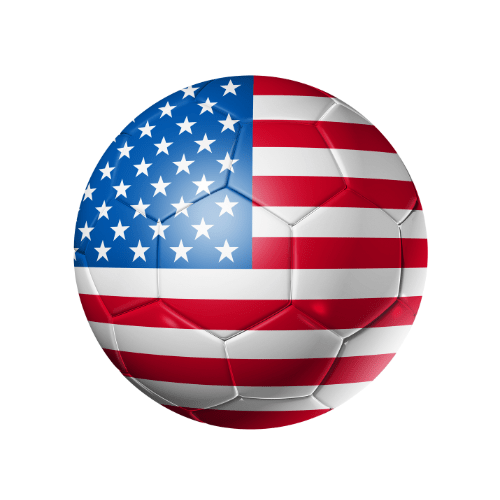 The Stars and Stripes have seen a huge surge in popularity for soccer in recent years thanks to investment in the MLS and a host of star players such as David Beckham, Steven Gerrard, Wayne Rooney and Zlatan Ibrahimovic playing in the league. A youthful, talented squad will look to right the wrongs of their controversial quarter-finals exit in the South Korea/Japan 2002 World cup to Germany.

Van Brunt Stillhouse - American Single Malt
Raise a dram to the newfound love for soccer in the United States of America with this scotch-style single malt from Van Brunt Stillhouse. Made in the heart of New York City, expect a bright whisky with a touch of grassy oak. Hints of tobacco, clove and apricot give way to caramel notes with a nutty, dark chocolate finish. 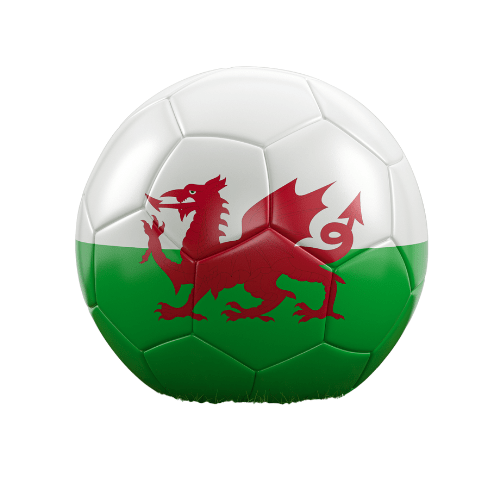 Qatar 2022 will be the Welsh national team's second FIFA World Cup. Having qualified once previously in 1958, Wales exited in the quarter-finals to eventual champions Brazil. Now they look to their ageing talisman Gareth Bale. Will he lead The Dragons to glory? Or will his mind already be on the Education City Golf Club...

Penderyn - YMA O HYD
To celebrate their second World Cup outing, look no further than Penderyn’s YMA O HYD. The 10th in the award-winning distilleries Icons Of Wales series. Produced in partnership with FA Wales as their official whisky for the Wales campaign at the World Cup in 2022, the Welsh captain, Gareth Bale, serves as an official ambassador. Expect a smooth single malt with notes of sweet caramel, sultanas, and baked apples with cinnamon. 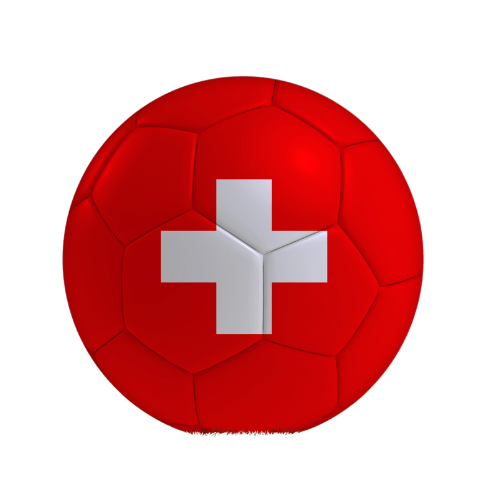 Qualifying for all but one major tournament, only missing Euro 2012, in the past 16 years, Switzerland could well be the dark horse of Qatar 2022. Playing the best football of his career with Arsenal, Nati, as they are called back home, will look to Granit Xhaka to lead their team to glory.

Rugen - Swiss Mountain Single Malt
As Switzerland crashed out in the group stages of the 2008 Euro’s, Rugen Distillery released its first single malt. This Swiss Mountain Single Malt Whisky harnesses the innovation and traditional production methods honed over decades of beer-making expertise. Expect notes of sherry and hints of malty caramel. The fruitiness of apricot and peach can also be detected, together with notes of honey.

All of the above whiskies are perfect partners for your World Cup, regardless of national loyalties. We’ve narrowed each distillery down to only one of their offerings out of some incredible ranges. Please dive head-first into each of them, and discover the amazing stories, people and whiskies that each distillery has to offer. We promise you won’t be disappointed.

Here at Cask World, we’re raising a dram to all of the countries competing in the world cup. We wish them luck and look forward to watching, eagerly anticipating who will be crowned 2022 FIFA World Champions.

Josafer join us as an Official Cooperage Partner

With a huge variety of casks options and well known throughout the industry, the addition of Josafer to our Official Partners enables us to provide...

The Intrepid Comes to Auction

The Cask World team watched in awe last year as our Intrepid project officially became the world's largest bottle of whisky. Now, this piece of...

Whisky in the current economic and geo-political climate